Interested in weather forecasting since he was a child, Mr. Kaler joined WeatherFun, a nonprofit organization, 18 years ago. Mr. Kaler is considered an expert in short-term forecasting, and draws on his strong skill set and knowledge to fulfill his responsibilities. He is tasked with mailing materials, updating the website, and approving new members. Prior to joining the organization, Mr. Kaler spent 33 years with the New York State Office of Mental Health, working to identify emotional health needs of children and making recommendations for any needed treatment or support. The experience he gained at the NYS Office of Mental Health has helped him excel at WeatherFun. Mr. Kaler attributes all of his success to his love for his profession.

Mr. Kaler earned a master’s degree in social services at Adelphi University and a bachelor’s degree in education at Adelphi Suffolk, which was later renamed to Dowling College. In addition to his involvement with WeatherFun, he is affiliated with the Seatuck Environmental Association. He also supports the Relay for Life. Mr. Kaler utilizes both the knowledge and experience he has acquired over the years and his genuine love of learning in a role that enables him to keep others informed about the ever-changing world. He has previously been recognized as a VIP member of Worldwide Who’s Who and as a Professional of the Year. 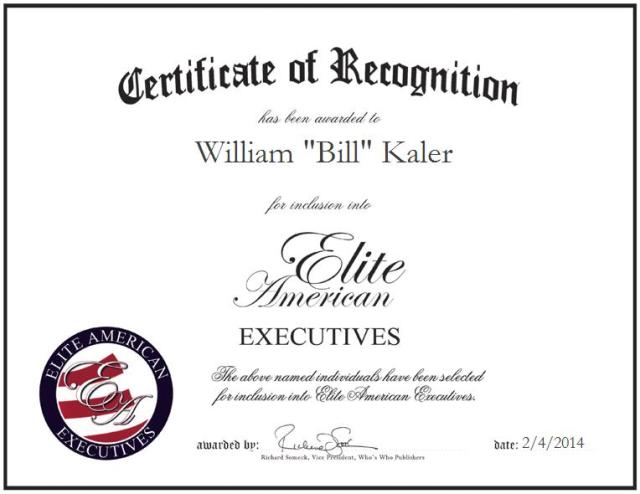