MOUNT SINAI, NY, February 5, 2014, Jerome “Jerry” Scro, former Executive Vice President of Strategy & Development, and Network Operations, and Chief Financial Officer for Showtime Networks Inc., has been recognized by Elite American Executives for dedication, achievements and leadership in the media and entertainment industries.Mr. Scro is a dedicated and highly motivated professional who started his career at CBS as a financial analyst in 1971. He worked hard and steadily progressed up the company’s ranks to executive vice president and chief financial officer at Showtime covering all aspects of the business. Mr. Scro was a well-respected company leader who served as the CFO for 16 years before retiring in 2012.In his role, he was responsible for overseeing all financial and strategic operations at Showtime, including the budgets, forecasting, planning and accounting. Mr. Scro had an uncanny ability to be a quick study and to think on his feet, and his photographic memory helped him with his decisions.His passion for his work was evident in every task he completed. He attributes his warm personality and knowledge to his being a successful person in this business. Looking toward the future, Mr. Scro would like to pass on his knowledge by mentoring up-and-coming professionals, and get more involved in charitable organizations. 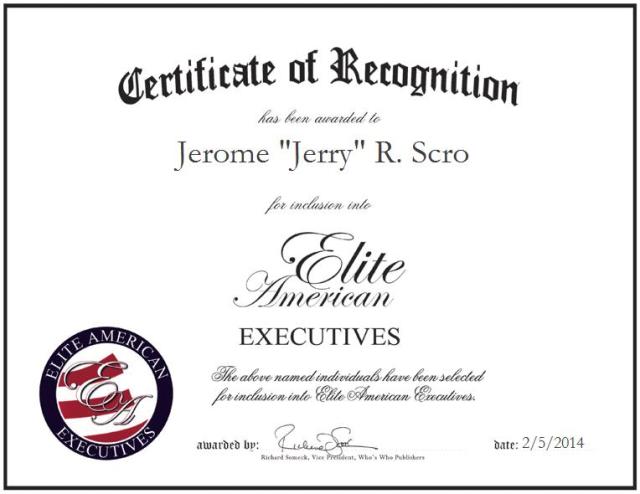