WARWICK, RI, December 30, 2011, Robert A. Ridgway, Retired Owner and Medical Laboratory Director of Statlab, Inc., has been recognized by Elite American Executives for dedication, achievements, and leadership in medical technology.

In his former capacity at the helm of the medical laboratory and provider of premium diagnostic services, Mr. Ridgway demonstrated profound capabilities in the area of medical technology. With nearly half a century of professional experience under his belt, he was responsible for overseeing medical laboratory operations and ensuring that lab processes were always running smoothly and efficiently. He supervised a team of talented individuals, and he also feels that he has been able to achieve high levels of success due to the support he has received from his employees.

Inspired by the insightfulness he gained after traveling to Sydney to pursue a veterinary career, Mr. Ridgway was driven toward a professional path as a medical laboratory director as a result of his realization of the scope of laboratory medicine, which helped him to decide to establish his own medical laboratory in the U.S. He earned a Bachelor of Arts in Medical Technology from Quinnipiac University, and he has since been able to remain abreast of trends and developments as a member of the United States Chamber of Commerce.

Mr. Ridgway has written a biography entitled “He Walks Amongst the Spirits” about the life of Richard Little Bear St. Denis, an extraordinary man who possesses the talents of art and foresight. The book contains stories about Richard’s life, copies of his artwork, explanations of each piece, descriptions of his talents, and insights about the inspiration he receives from God in his dreams. Mr. Ridgway encourages people to open their eyes, hearts and souls because he believes that all can learn from Richard’s gifts and benefit from exposure to them. Mr. Ridgway is grateful to the numerous people who helped him complete this work. He looks forward to publishing his second book in the near future. 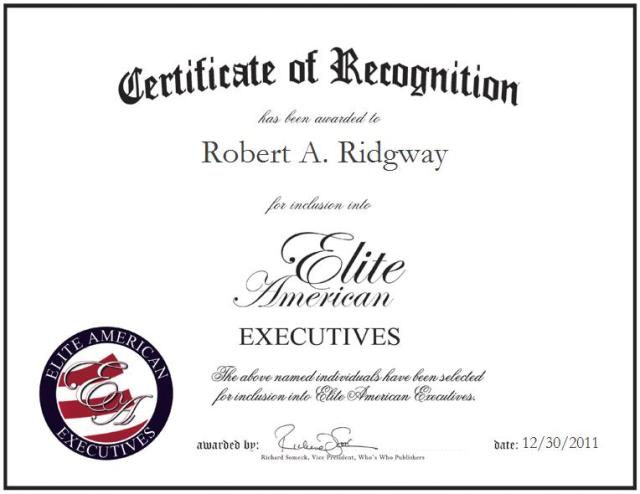