Mr. Kidney is a serving parliamentarian to the board of directors for the Renaissance Society of Sacramento, and he works with The Brotherhood of The Knights of The Vine of America, the California Wine Society, and The Renaissance Society of Sacramento. A sprawling awareness of the niceties of his industry, and a sophisticated skill set on the topic of legislative affairs allows Mr. Kidney to shine as a luminary in his field. With a diverse and highly developed background, Mr. Kidney continuously builds on the knowledge he has come to acquire over the course of a career that has spanned nearly four decades.

Mr. Kidney spent four years in the U.S. Air Force. He was invited to consult on legislative affairs to the parliaments for emerging democracies in Malawi, Namibia, and Hungary. He has garnered a reputation of distinction for his knowledge and experience with Parliament Procedures and Rules of the House. An innate interest in the government prompted Mr. Kidney to pursue his current career path, and his curiosity and keen insight into the field has allowed him to flourish professionally.

Over the course of a successful career, Mr. Kidney has marked many accomplishments. He pinpoints the highlight of his career as during his tenure as chief clerk in the California State Assembly, when he was able to launch a prosperous paid internship program, which provides the Legislature with an annual pool of highly trained and vetted intern alumni. Mr. Kidney received the Master Knight of the Vine Award, which was granted to him by The Knights of The Vine of America. 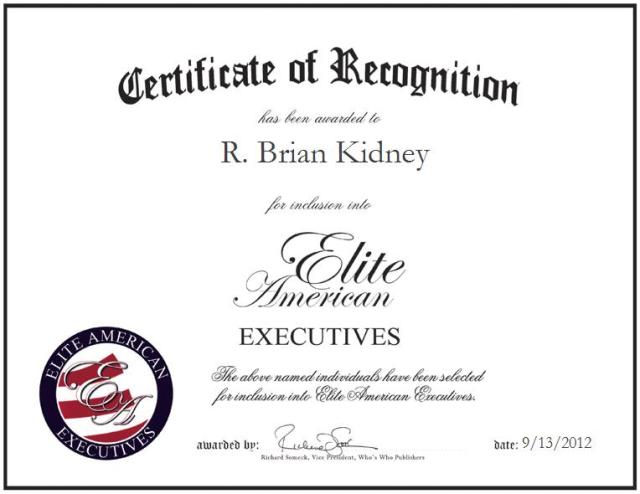