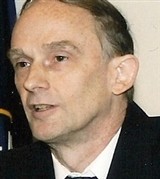 Prior to his retirement, John Juilfs gained over three decades of experience working with the United States Government as an IT manager. Specialized in mathematical models and analysis, he expertly led a group of scientific programmers within the Central Intelligence Agency to modernize and streamline the flow of data into intelligence products. For outstanding efforts, the CIA awarded him with a Career Commendation Medal — an achievement of which he is especially proud. Mr. Juilfs’ additional honors include the Bronze Star Medal and an Army Commendation Medal. He was also named among distinguished ministers by the Evangelical Lutheran Church in America.

Mr. Juilfs considers his patriotism and insatiable passion for international work to be the driving forces behind his career choice. He attributes the success he enjoyed in his field to his ability to understand his directives within the CIA and his experience working with technical professionals.